Early in the year, British politicians upset by the high electricity prices brought about, in part, by their energy policies, decided to commission a study (Cost of Electricity Review), but instead of empaneling a committee of regulator and civil servants, they handed the task to one of the UK's pre-eminent energy economists, Dieter Helm, and in reporting back, he minced no words. The report's policy analyses and recommendations have implications for both the American and British electricity markets.  Here are some takeaways:

Consumers pay too much— The British are in the process of decarbonizing their economy , but the government has managed to stumble into some of the most expensive ways of doing so. It started by picking the most expensive and needlessly complicated  ways of doing the job. It should have started with a uniform price on carbon throughout the economy. That would have triggered  the most economic energy saving and decarbonization moves first. It didn't and now consumers are stuck with long term obligations for too expensive renewables. And, the government should have realized and acted on the fact that closing down coal-fired power plants is one of the cheapest ways to reduce carbon emissions.

Neither the government nor the regulator are good at making long-term predictions— As a result, consumers are stuck paying for energy plans based on grossly erroneous assumptions and utilities will benefit for years to come from the bad projections made by the regulator for those long duration price plans that the British extol.  With technology changing so fast, making a long term projection and then signing contracts on that basis (as the government did on behalf of its citizenry) makes little sense.

Resiliency of the system is a "common property" —  Having too much is definitely better than ha ing too little, but no market participant is going to put up extra money to help the network.

Getting the right amount of resiliency is  not a problem solved by individual profit maximizers. Therefore the government or regulator has to  make the decision. But the decision-maker can use competitive mechanisms to get the job done at the best price.

Fold the functions of generation, supply (retail sale) and distribution into one entity at the local level— The UK pioneered in separating the functions, apparently believing that the market would get it right, but separation seems not to have led to optimal decisions.  Managers might be able to make better decisions if they can choose between different ways of solving a problem.

Fix a margin on supply (retail)— Right now the supply function is supposed to be deregulated, which has meant that various suppliers, all buying from the same wholesale market, offer a confusing array of price schedules that often lead consumers to pay too much and do not reflect changes in wholesale price fast enough. So, set a default tariff with a fixed margin to help consumers.

The existing market, with prices set my the marginal cost of fossil-fueled generators will not work in the future—  The industry is heading toward a new structure, in which renewables provide a large proportion of energy, consumers  and producers have the ability to store electricity and  control usage via smart devices.  Renewables have high fixed costs and no fuel costs. The market has to pay the fixed costs no matter what, and no variable costs. Electricity could become similar to cell phone service. You pay a monthly bill for a plan that  allows you up to a given capacity level (let's say, so much data).  In other words, you will pay the monthly bill and get the electricity for free.  The reformed industry structure of wholesale market and four  separate industry sectors (generation, transmission, supply and distribution) each marching to a different tune,  may be on the way out the door.

Does it look as if the past quarter century of electricity restructuring, with all its brave assumptions about market efficacy and dramatic cost savings, has simply diverted the industry and policy makers from the really big issue, meeting the challenge of climate change in an efficient and timely manner? Dieter Helm does not say that, but that may be the most important takeaway of all.

Should the UK Cancel its Nuclear Program, Starting with Hinkley Point? 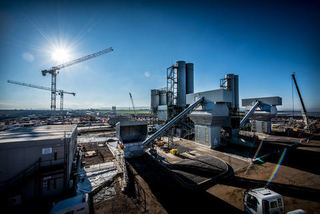 Britain has been struggling for a decade  to revive nuclear power, with the Hinkley Point  nuclear project the poster child of the effort.   Yet, in a paper published this fall,   Prof. Steve Thomas, long a commentator on the UK's electricity markets, asked whether it might not be time to cancel Hinkley Point.  And the reasons to do so could apply to subsequent nuclear construction.   The Thomas paper came out just as off shore wind prices hit record  lows, £57.50 per MWH, a price that  the Guardian  newspaper said  should "blow away the UK's nuclear plans."

The government advocated a nuclear program due to  concerns about the adequacy of  electric power generation:   "security of supply (was) jeopardized" and by 2025 the industry  would need to replace aging coal-fired and nuclear power generating plants. The UK's energy planners' assumptions, however, were  way off.

Over the ensuing decade, the price of both renewables and natural gas dropped significantly. And license extensions could  keep existing nuclear power stations in operation.  On top of that, electricity demand has fallen below expectations.

On a price  basis, the future looks like a race to the bottom between natural gas and the ever declining costs of wind and solar technology. On a cost basis, the Hinkley guarantee of £92.50 per MWH looks rich  compared with the £57.50 price for off-shore wind.

In a world eager for low carbon, base load capacity, nuclear power should find a market. But in countries facing stagnant or declining electrical demand, the need for new, non-intermittent base load power generating resources is diminishing as well.

In a  commodity business   in which  the product is wholly undifferentiated, price is the only consideration. Taken in that context new nuclear looks like  a non-starter.

Public Utilities Reports, Inc. (PUR) has been the leading provider of information and analysis to the electric, natural gas, water and telecommunications industries for more than 85 years.